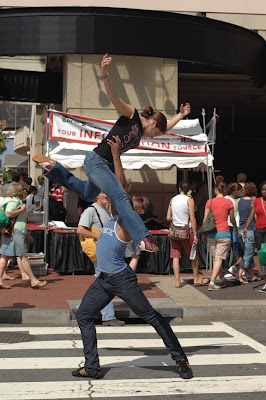 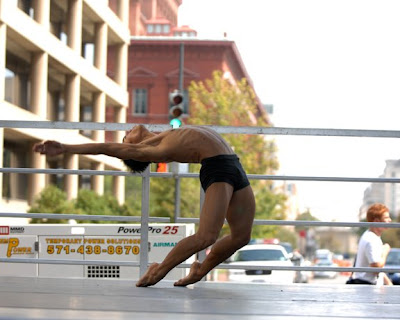 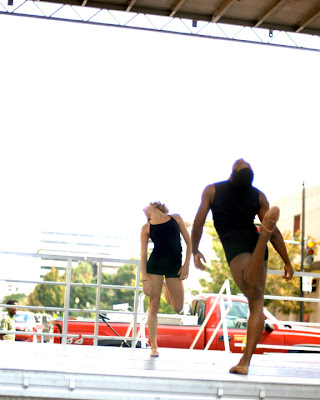 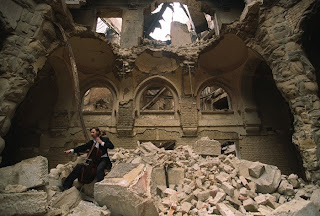 By Paul Gordon Emerson
Han is a Korean word for which there is no literal translation. It means, roughly, "a state of sorrow so deep there are no tears, yet there is still hope." It's a word I didn't know when the dance company traveled to Sarajevo, the Capital of Bosnia & Herzegovina, to perform in the summer of 2006. I found it only after we had come back, and for me it defined the city I had long been in love with without ever entering.
Sarajevo was a symbol of the ability of people to get along, to cooperate, to find common ground, common purpose and love across religion and ethnic diversity for 800 years. While it seems a long time ago now, all that was strained to, and beyond, breaking during the wars which consumed Yugoslavia as it disintegrated in the early and mid 1990s. Sarajevo, as the capital of the republic with the greatest ethnic diversity, and with by far the largest muslim population of the core republics which made up Yugoslavia, became the nexus of a series of power struggles over independence and control. For those within it that war was not simply a war to prevent an occupying power from taking over. It was a war which ripped apart the sinews of the city, house by house, neighbor by neighbor, family by family. The difference in Sarajevo was that, unlike so many other parts of the Republic, Sarajevans kept trying to preserve the common identity of being just that -- a Sarajevan. They tried to hold onto what was best, not what was worst, in us, and they did so under sniper fire from former neighbors who now nestled into the houses in the hills with rifles, picking people off as they cued for bread, or ran for water. They did so under mortar fire which devastated entire crowds standing in line for bread. They did so when a walk by the river in the fog was the only safe time to step outside.
If you're looking for a bit of symbolism about what sort of city Sarajevo was and is, look to the treasure of the National Library. The Library held 1.5 million volumes and was the repository of a history of intellect, wisdom, inquiry and identity. In 1992, as a part of a systematic campaign to wipe out the common history of the Republic, Serb national forces hit it with incendiary grenades, setting it on fire. Instead of watching it burn, Sarajevans cued up and formed a fire line, hauling everything they could save out of the building -- a book, a manuscript, a paper at a time. All under sniper fire from the hills which took the life of one of the librarians. The death of knowledge, and of common history, was very much on the minds of the Serbian nationalists.
The picture above is of a cellist from the Sarajevo Opera and Sarajevo Philharmonic. His name is Vedran Smailovic. Mr. Smailovic became a symbol of courage and passion in Sarajevo by playing at funerals and in public spaces in the heart of the seige of Sarajevo. Music was a healing tool. His cello was his rifle, and he used it in ways that resonate every day there still. After the fires had finally gone out in the National Library, he played there, atop the rubble.
It is unclear to me whether dance can ever suggest the depth of what we experienced in Sarajevo. Perhaps in more capable hands than mine. But Han, the dance, is a reflection on Han the word and Han the life of a people who have endured.
Posted by Company E at 8:41 AM No comments: