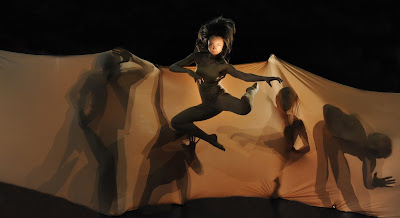 Were it not for the language barrier, the entire course of today's work would have seemed to have been identical to the countless ones I have done in the US for my own company, and for so many others.
Yet there was something fresh -- different -- in the unfolding of this photo session. As with so many other instances and encounters, the five hours of shooting with Samruk had a different air to it. It took me in directions both immediately familiar, and in ones with a twist, a Kazakh twist that made the time fly by even as the dancers themselves similarly flew by.
A remarkable day with remarkable dancers.... 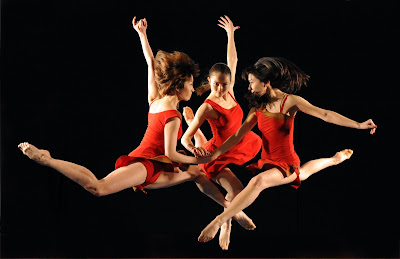 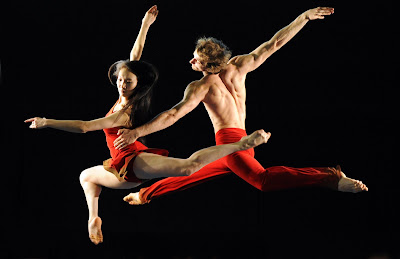 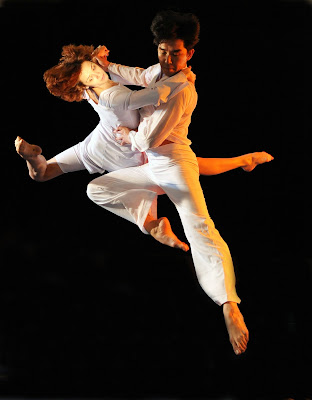 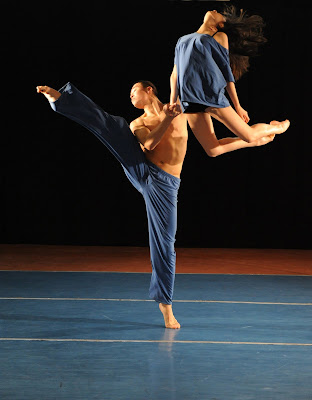 Posted by Paul Gordon Emerson at 2:02 AM No comments:

Kazakhstan Journal: Thoughts on the Passage of Time

From the vantage point of a country literally on the other side of the world the passage of time and the thoughts it generates is quizzical. The weather here in Almaty, where on a clear day the high, eternally snow-capped mountains of the Tien Shen range to the south are as near as the leaves on the trees above your head, changes moment to moment. It snowed in the foothills on Sunday as Kathryn and I and a gathering of the dancers from the Samruk Dance Company wandered a few hours outside this gracious city of enormous boulevards and deep-hued green trees, the thick trunks reminding you that they have lived far longer than you have, and likely than you will. You have a sense that the forest, the ancient, eternal forest, would reclaim this land in a matter of a few years if humanity vanished from its endless task of holding back the land.

The rains come daily this time of year, whipping in and out, causing a cascade of water to flow down deep man-made gullies which are guaranteed to break your ankles if you fall into one. The entire city slopes south off the mountains, and the water, building up momentum as it hurtles downhill, renders sounds in those culverts like the fast running streams on the mountains above. Where in one moment you wear a T-Shirt and are damp with heat the next moment comes and you don a Winter Olympics jacket suited for long hours by the Luge or the High Jump, coffee in fat mugs keeping your fingers warm and you energy high.

All that causes you to understand time differently. In the mid-Atlantic states time passes in seasons, largely definable and predictable. You age, if you will, a quarter at a time. Such references are lost when the weather whips by you a year at a time.

This was once a city of apple trees. The name – Alma – is apple. Strangely ubiquitous for us that word. Our first encounter with Rachel Erdos, the English-Israeli choreographer who kick-started our encounter with Israeli dance, was in the dance “Alma.” Yet she’s of Hungarian descent, and the word is the same. The orchards here which gave the city its name, and which, as one native to this land told Kathryn and me a few days ago, once filled the air of the entire city with the scent of apples, are plowed under, torn apart to make way for cement and “progress.” The city lost its identity, I think, at that moment when the last sweetness in the air faded and was left to the scent of automobile exhaust, the single most unifying smell of urbanity in the world today.

That, too, is a reminder of the passage of time. If apples are an almost universal symbol of knowledge, be it forbidden or bidden, then its strangely appropriate that this city gave up the name Alma-Ata and became, instead, Almaty. The apples are gone. But the wisdom? That’s a different story. This is a place, in my experience anyway, of deep curiosity. Set so far away from the West, yet not in the East exactly either, it was for so long a sequestered part of the Soviet Union. The opening after the fall is written on the faces which pass by the Café Delia here on a Friday morning. Just outside the window, over the lip of the vanilla latte (number two, Kathryn, for today) a young couple is engaged in that playful teenage love affair that causes the world to vanish. He’s wearing a black t-shirt embroidered in green and pink which says “Caliente! Cuba!” She’s in three-inch heels, working on her third cigarette in the last 10 or 15 minutes. They stand millimeters apart and remind you that whatever it is which divides us, we are, in the end, the same.

Its that reference point which stands out most clearly in the dance studio a block down from me here. Five floors up, adjacent to a NRA-members dream of a gun-shop, the skins of bears and beavers and other mammals dangling from the window display like late-night trophies, is a studio in which that which dancers share is at this moment hard at work. Despite the failure of common linguistic understanding, the utter success of the language of movement lives large within those walls. The company, Samruk, is so utterly reminiscent of my own company, and its battles for survival so common with my own, that you’d think we had the same DNA. Their stories are the same as those of the dancers in Prague, in Tel Aviv, in Santiago and Moscow.

What is shocking is not the differences, but the similarities which seem to pervade the world of dance today. Few things have surprised me more in these past two years than this one simple reality. While I think I had anticipated that every country would have its stories, and that those stories would be vastly different from one another, what I have learned is the opposite. Companies struggle world-wide to survive. They fight the same odds, battle the same battles of funding, of making art worth watching, of keeping dancers fed and fending off the nay-sayers who insist that art cannot be afforded in this time, that companies should fold in the face of cash. In this way its perverse how much alike we all are. That I simply did not expect.

Standing in the front of the mirrored studio, those five stories up, Kathryn and I, on day-one last week, asked the “what do we need to make” question to ourselves and to each other. We had resolved to re-stage a dance – “Han” – which I had done years before after our experiences in Sarajevo in 2006. Yet, after she had taught the solo phrase which defined that dance, it was clear immediately that there was life in the room that demanded something new, not something re-made. And so we set off on a new journey. That journey was in that way utterly unplanned, capricious as the weather and absent of knowledge as a city which has shorn itself of its namesake. But, like the city itself, it was the people in the room that took the steps to make the building of new knowledge possible.

At the end of the first day the dancer who we gave that solo of Alice’s to, a Kyrgyz dancer named I.D, came up to Kathryn to thank her for her work. She had had a brilliant rehearsal showing material, giving insight and guiding them to success. She offered her congratulations for his work.

Here, on the other side of the world, those words, which I caught almost by accident, threw me immediately back to Washington, to the profound challenges there and to the need for courage and strength in the face of those challenges. I knew those words – I hear them every day from the artists I am privileged to work with. It reminded me anew that you fight for those kinds of people with your every breath. They are rare and special and the definition of what it is to be an artist and why art matters and why, in the end, you never, ever give up. People like ID define a vital aspect of the human spirit. The stand tall in stiff winds and take you, and the audience, away from themselves and out of their lives. Like the winds that blow the clouds off the Tien Shen mountains in mid-afternoon, revealing impossible beauty, they tell you what about life, about beauty, and why you refuse to give in. Its inspiring, powerful, and stunning that sometimes it takes going to the other side of the world to see what should be obvious.