Wishes of the Sailor (a beginning) 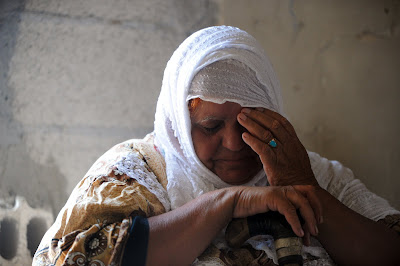 Art has a relationship to society on every level. It comments on it. It draws from it. It challenges it and on occasion confronts it. Performing art does this very differently than fine art or literature because its in the moment. The impact has to be drawn from the viewer then and there, with a resonance that is both immediate and, if there is enough to the work, expansive over time.

CityDance this week embarked on the creative journey of a subject at once simple and overwhelming. The subject, in the present tense, is the condition of the Iraqi refugee community. In the past and future, it is the condition of humanity which creates refugee situations, the consequences to those refugees of displacement, and the impact on societies around the world of absorbing, denying, interning or attacking those communities.

To comment on something so immense is humbling, daunting, inspiring. It asks you to be at your best while at the same time demands that you not be consumed by the scope and the pressure of saying something worth the saying. So often in choreography that challenge is the hardest.

Over the next month this will be a journal about the experience of making a work called "The Wishes of the Sailor." The title comes from a proverb shared with us in a hotel in Amman, Jordan by one of the many, many refugees Kathryn and I met in our two weeks in the Middle East at the beginning of October with a group of artists put together by Intersections International, an interfaith group out of New York which had the courage to ask art to speak to humanity and to politics in the deep wish that we might be able to bring attention to a subject lost to the media and to America.

"Wishes" is a collaboration on many, many levels. Its not a work of mine. It could be, but I didn't want that. Kathryn came to the Middle East as a part of that delegation because I needed another voice, another dancer, I trusted to take in these experiences and to create. That duet has become a undectet (first time I ever heard that term, which means a group of 11) with the entire company,our rehearsal director and choreographer in residence Christopher K. Morgan and in Israeli dancer, Ayelet Yakutiel, stepping in to contribute. Sharing with them the experiences which generate "Wishes" has been a journey in and of itself, something we began on Tuesday with singer/songwriter Amikaeyla Gaston (who was with us in the Middle East) sharing experience and setting a tone and a context.

This is simply an introduction. Much more to come.

There are older posts here if you are interested which were written while Kathryn and I were away which can bring you into the journey.