Washington Journal: What images tell us.... 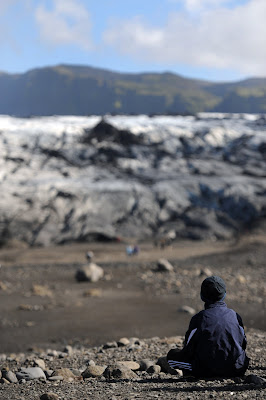 On a cold clear October morning there is snow still lingering on my deck, the wood below and the sun above not warm enough yet to transmogrify it back once more to liquid state so it can seep beneath the insecticide injected timbers onto the petroleum tar roof below, down the tin pipes to the (lead?)-lined drain and, ultimately, into Rock Creek at the insertion point just above the Washington National Zoo, where this morning the howler monkeys are quiet, bound indoors because they are meant to live in places where no such thing as frozen water exists.
On a typical October morning like this they'd be the alarm for the neighborhood, our Mt. Pleasant rooster proxy.
Since records have been kept of weather in Washington -- the mid 1880s -- snow has fallen in Washington 15 times in October (at least according to the WP). A hurricane. Snow. The hottest summer and, in New York, an all-time record for snow fall in Central Park in October.
But climate change is a myth (just ask everyone on the Republican party dais on debate-night).
In Peru its begun raining during the dry season. In Italy the town mayor of one of the worst-hit parts of the coast during the rains and floods of the last month says, categorically, "its climate-change" that caused this.
And yet the day is brilliant and gorgeous, and the wide-angle lens we all need to see through narrows in the course of absorbing it. We see things day-by-day and so the aberration of yesterday drifts into the walk in the park of today. Unless you're still cleaning up debris on the ancient Italian coast or watching your family's possessions float by from your roof in Bangkok, or sifting dust from your piano bench in Texas as the dust of a season of wild-fires settles once more on the land.
In our DNA we approach the world day-by-day. Hunger will do that, and hunger works on a cycle of a few hours, not a few days or a few weeks or a few years. We have to over-rule that clock to comprehend something longer and larger. When you worry about your ability to feed yourself and your family should you lose, or fail to gain a new, job, the global gets much harder to comprehend.
That's what images are for. 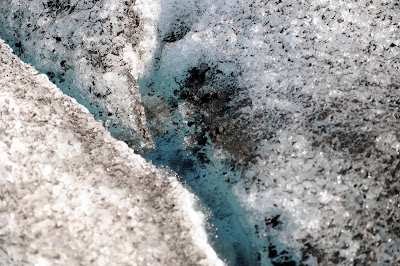 Wherever we have traveled in these past
30 months the images we have taken, both mentally and with various digital sources, have been our conduit to communicate what we have experienced. Yet without context those images are the same snapshot-induced experience as the day's search for milk, bread and coffee. They live in the moment and fail us contextually.
All this comes to mind because of a short piece in today's New York Times. The title of a brief photo essay is "Halloween Photos of New York: Not on Halloween." The subhead is "When New York was a House of Horrors." Taken by John Conn in the late 70s and early 80s they are of things I had forgotten -- or chosen to forget -- from the city where I grew up and which were very much real during my childhood. They recall a time so visceral, where sometimes a trip "on the train" set your hair to standing on the back of your neck, that the images themselves set me back in time -- but only because I experienced elements of it. They are art as life or life as art, images so beautifully framed as to catch you in design and not in documentary.
And, then, what is next is the recollection of a defining moment for me in art. Once more those images turn me to Paul Taylor's "Last Look." When I set out to explain to people why that dance defined my sense and sensibility about the power of art I will, from here on out, refer to Mr. Conn's images because, in their way, they were the mead for Mr. Taylor. A city collapsing in on itself, eating, if you will, its young and itself. "Last Look," literally, is that mirror. It stands today and, ironically, it does to the dancers what it does to the audience -- break them down. Sometimes physically. Sometimes mentally. Inevitably spiritually.
If art is to be more than dressing we have to understand it as a portal. 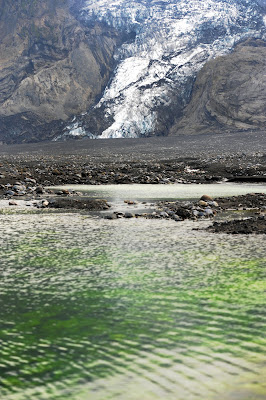 Not an end in itself, but an end of dispersion into contexts large and small, funny and fraught, framed and fantastic. As snapshots that we open, Harry Potter-like, and which can, through the opening, tell us what lies inside the moment of creation (not in a biblical sense, just a more mundane daily sense). That, for me, is the genius of photography. It's reality transformed into time capsule, offering the viewer the chance to comprehend context.
I remember not understanding the impact of climate on our water until I saw the photographs of one of the great glaciers of Iceland this past summer and seeing, year-by-year the frantic retreat, and of walking through the parking lots of old as man chased places to deposit his vehicles as the glaciers run away from them up into the mountains.
Taken only in a moment, a photograph is still. That's not their point. They are designed for more, and as photographers we're obligated to that more, I think. We see, and we capture, but the moment we share the images go beyond us and into the world.
We are in a place of profound change. We're not built for that change, but we must become so.
Thats what images tell us.
Posted by Paul Gordon Emerson at 9:17 AM